Jump to Recipe
These healthier funfetti nutella cinnamon buns are sweet, gooey, and decadent, but won't sabotage your diet. 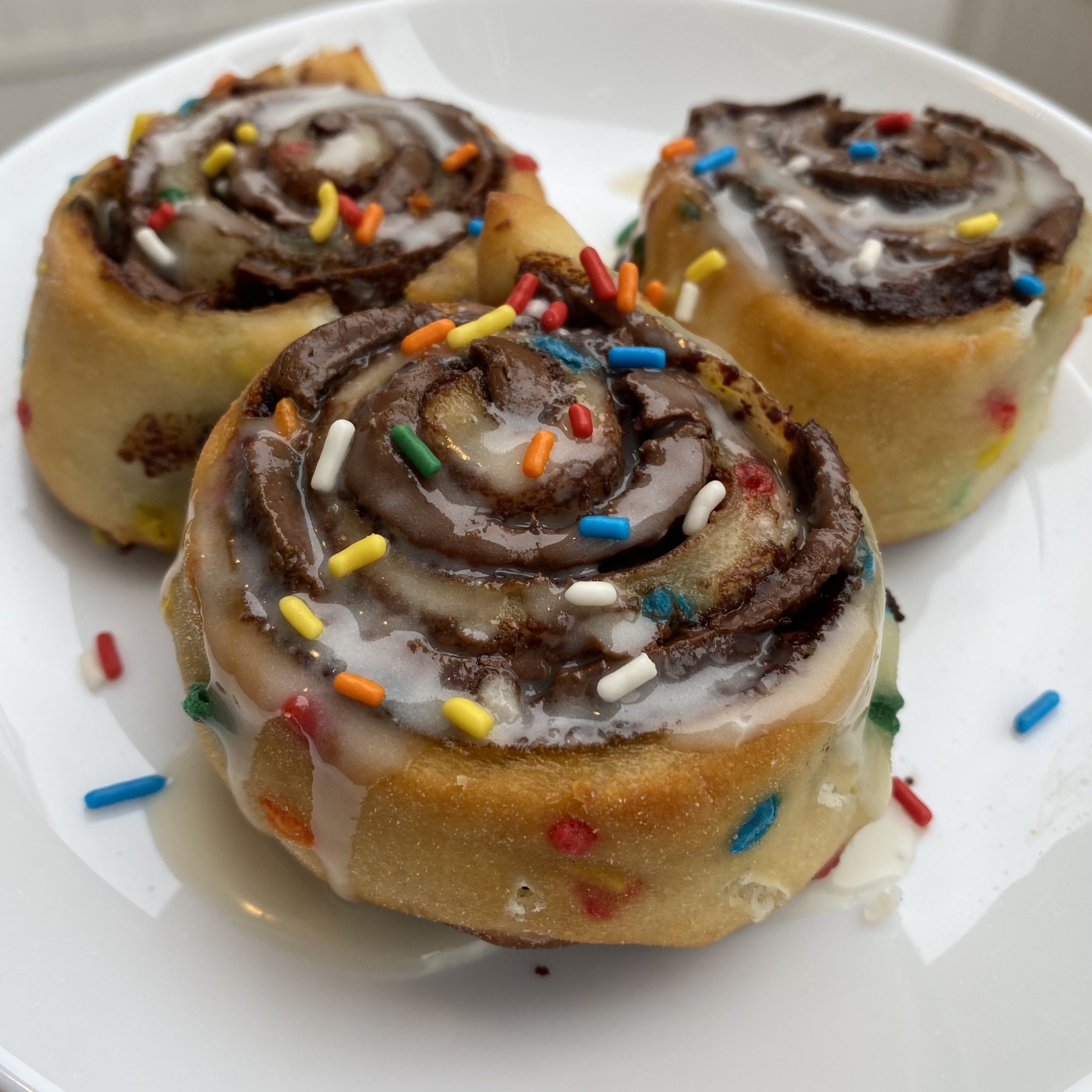 With the launch of the all new Foodbythegram.com (hi, you’re on it, eek!), I felt like celebrating. And what better way to celebrate than with Healthier Funfetti Nutella Cinnamon Buns?! These are a riff on one of my most popular recipes, Healthier Funfetti Cinnamon Buns, but these have a decadent, chocolatey, gooey Nutella filling.

Healthier, Funfetti, and Nutella in the same sentence

Yeah, it sounds nuts. However, if there’s anything that following WW (formerly Weight Watchers) has taught me, it’s that you really can have whatever you want in moderation. And, in this recipe, moderation is the move.

First, there’s not a crazy amount of Nutella needed to make these flavorful and delicious. As it’s not the most WW friendly, that’s good news for keeping points at a minimum.

Second, we’re skipping all of the butter that’s typically required in a regular cinnamon bun recipe. The buns themselves are made with two-ingredient dough. If you’re new here, nonfat Greek yogurt + self-rising flour = magic. I go into it more below.

Third, we’re not sweetening the dough beyond the Nutella that’s inside. Trust me, no need.

Lastly, we’re making these cute little minis instead of giant cinnamon buns. This way, you can enjoy some sweetness while also controlling portion size. But hey, if you make these giant, nobody is going to judge you.

I love two ingredient dough. Period. I first discovered it as a way to make bagels (check out this post if you’re interested in making delicious bagels that are just 3 WW SP each).

I also use two ingredient dough in some of my most popular recipes, both savory and sweet:

The combination of nonfat Greek yogurt and self-rising flour is truly magical. If you don’t have self-rising flour, you can always make your own too. Just combine 1 cup flour with 1 1/2 tsp baking powder and 1/2 tsp salt. Voila! 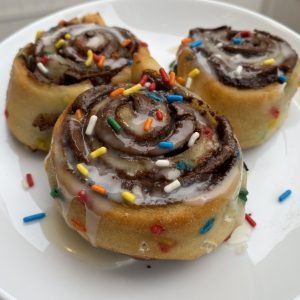 *Don’t have self rising flour? You can make your own by combining 1 cup of all purpose flour with 1 1/2 tsp baking powder and 1/2 tsp of salt. Click here to add to WW app. 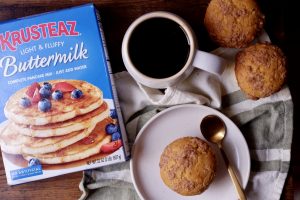 These pumpkin spice coffee cake muffins are the perfect accompaniment to your morning coffee all season long. Made with Krusteaz Buttermilk Pancake Mix! 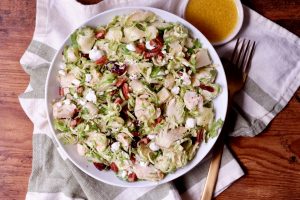 This Shaved Brussels Sprout Salad is a quick, easy salad that makes for a great appetizer or hearty meal on its own! 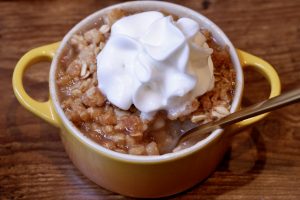